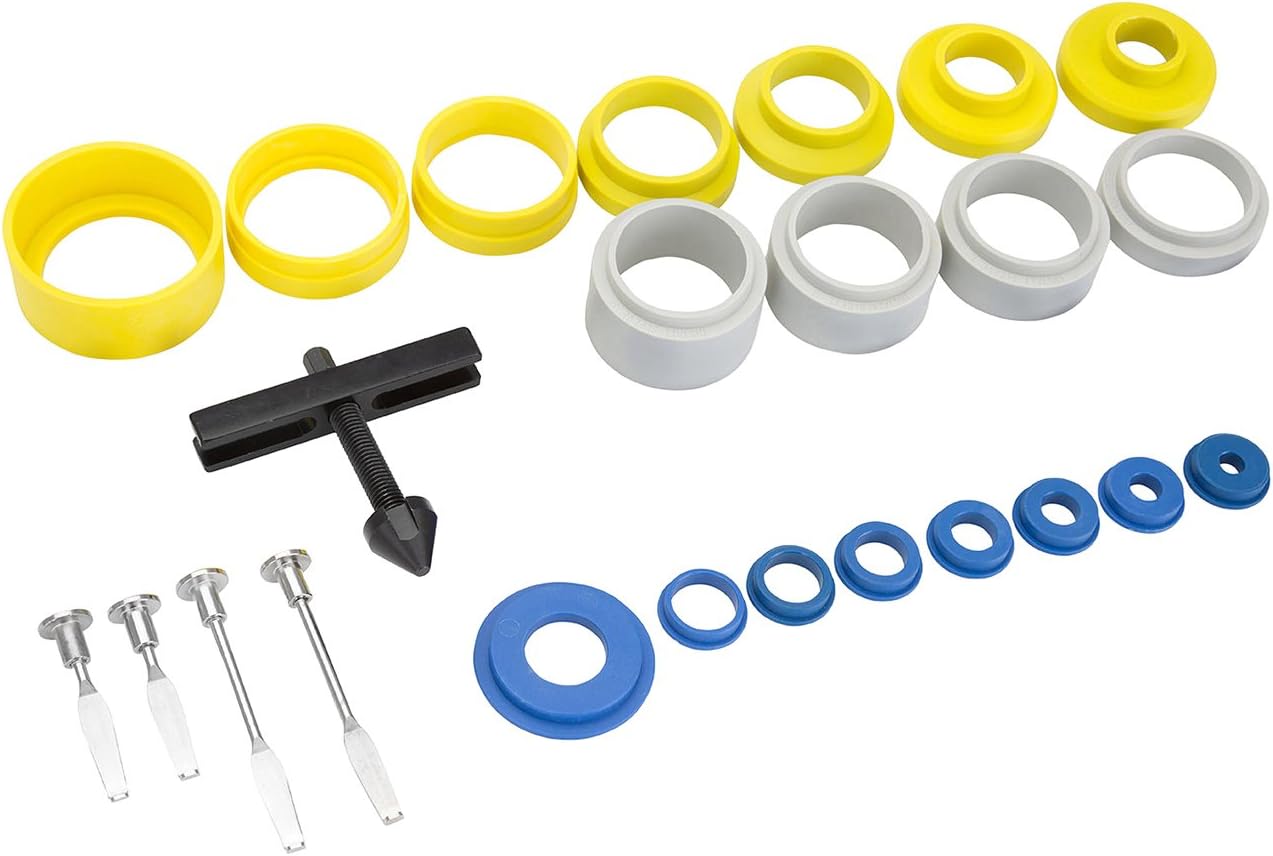 The OEM Camshaft amp; Crankshaft Seal Tool Kit easily removes and installs camshaft and crankshaft seals. Its compact puller with unique extracting hooks engage seal for quick removal. It has interchangeable sleeves and mandrels which allow the easy installation of a new seal. The sleeves and mandrels are made from high strength fiber glass reinforced polymer.